Online Digital Theology and the Church 2021

This online Spring conference was held May 7th-8th 2021 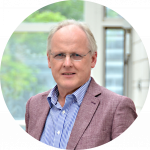 Brains, Minds & Artificial Intelligence – Steve Furber
Abstract:
The principles of operation of the brain remain a mystery to science. How does this organ upon which we so critically depend function as an information processor? We know a great deal about the components – neurons – from which the brain is constructed, and brain scanners can show the movement of activity around the brain in response to controlled stimuli, but most of the interesting information processing action as at intermediate scales accessible neither from bottom-up neuroscience nor from top-down imaging. The only instruments currently available to understand these intermediate levels are computer models. Around the world there are many large-scale initiatives aiming to accelerate our understanding of the brain using the formidable computing power available to us today; in Europe, the billion Euro EC Flagship Human Brain Project is a case in point.

As we understand more about our own brains and minds, and learn to create increasingly intelligent artificial artefacts, what will this mean for our religious beliefs and ethical foundations?

Bio:
Steve Furber CBE FRS FREng is ICL Professor of Computer Engineering in the Department of Computer Science at the University of Manchester, UK. After completing a BA in mathematics and a PhD in aerodynamics at the University of Cambridge, UK, he spent the 1980s at Acorn Computers, where he was a principal designer of the BBC Microcomputer and the ARM 32-bit RISC microprocessor. Over 180 billion variants of the ARM processor have since been manufactured, powering much of the world’s mobile and embedded computing. He moved to the ICL Chair at Manchester in 1990 where he leads research into asynchronous and low-power systems and, more recently, neural systems engineering, where the SpiNNaker project has delivered a computer incorporating a million ARM processors optimised for brain modelling applications. 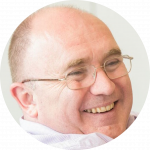 Too Much Information? – Andrew Graystone

In digital culture, we increasingly project ourselves into the world in ways that are disembodied. With such a large volume of disembodied information available, much of the infrastructure of society is autonomous, with decisions made not by a human but by the systems themselves. One of the core features of digital transmission is the stripping out of context from the information we send, receive and use. This is sometimes referred to as “the collapse of context.”

What is the impact of this culture on the ways we understand and value our own personhood, and our bodies?  Suppose we could create a computer that was programmed to behave in every way as if it was human: a robot that could appear forgetful, jealous, generous or joyful.   If we could synthesise those emotions in a robot, so that it behaved exactly as if it were human, would it then behuman? And if we could do that, could we enhance its abilities even further, so that it had qualities that were trans-human?

Andrew has a degree in theology from Durham University, and an MA in Missiology.  He was a producer in the BBC’s Religion and Ethics department, and has since worked as a media analyst and communications consultant, training and advising Christians and others on how best to engage with the fast-changing media environment. He appears regularly as a commentator on BBC Radio 5 Live and has written and presented countless short talks for BBC Radio 4, BBC Radio 2 and the World Service. Andrew is currently reading for a doctorate at Durham, where he is looking at the way that digital culture is changing perceptions of personhood. His book Too Much Information? Ten Essential Questions for Digital Christians was published by Canterbury Press in 2019. Another book,Faith, Hope and Mischief will be published in Summer 2020. 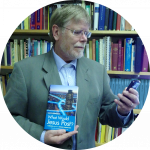 What Would Jesus Post? A biblical approach to online interaction – David Robertson
Abstract:
If Jesus had access to the internet what would he post? And, as importantly, what wouldn’t he post? What does it mean to follow Jesus in this critical area of our lives? How might Christians steward their online presence? Which biblical principles inform online interaction? Intriguing questions for Christians who engage with the internet.

In his Christians in Science session, David Robertson will be addressing these concerns by unpacking some online issues and suggesting some practical applications of biblical principles.

The session will include input, opportunities for personal reflection, corporate response, and a time for questions and shared wisdom.

Bio:
Born in Edinburgh, David grew up in England and lived briefly in Kenya. After reading Biblical Studies (with Hebrew & Greek) at Sheffield University, he worked for Trust House Forte before training for ordination at Ridley Hall, Cambridge. Recently retired, during his ministry he has served parishes in the dioceses of Bristol, Oxford, and Wakefield/Leeds, as an Area Dean and on General Synod, but his first call is as a Bible teacher. 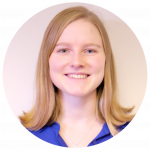 Quantum Mechanics, Faith and Unresolved Questions (Oliver Barclay Lecture) – Dr Anna Pearson
Abstract:
When looking at science and faith, one often looks at how faith has inspired and continues to inspire scientists to do their work for the glory of God. This can provide great encouragement and motivation, but what can one learn from looking at it the other way around? How can one’s approach to science help with one’s approach to faith, specifically with respect to looking at unresolved questions? This talk will consider this, focusing on introductory level quantum mechanics (one of the most hotly debated areas of physics of the past century), and will draw parallels to an approach one can take when it comes to unresolved questions within faith.

Bio:
Anna Pearson has recently finished her DPhil and started a postdoc in Quantum Information Thermodynamics at the University of Oxford. She has a longstanding fascination with quantum mechanics. During her DPhil she did experiments looking at two foundational questions within quantum mechanics “Do trade-offs pertaining to the thermodynamics of timekeeping, derived in the quantum domain, hold for a larger more complex system?” and “Is the gravitational interaction classical rather than quantum?” When not doing physics she enjoys playing the piano, singing and spending time in nature, preferably with friends.

Bio:
Peter Phillips is a Research Fellow and Director at the Centre for Digital Theology, Department of Theology and Religion, Durham University, as well as Head of Digital Theology at Premier Christian media. His current research focuses around the impact of digital culture on theology and on contemporary religious practice. He has recently led collaborative research around the Bible and Digital Millennials, published by Routledge in 2019 and Defining Digital Theology, published in De Gruyter’s Open Theology Journal. He has also published “Pixelated Text” in Theology 2018, Engaging the Word with BRF in 2018, and a new book on The Bible, Social Media and Digital Culture with Routledge in 2019. In response to the COVID19 pandemic, Pete has written a number of presentations/blogs available here (http://durham.ac.uk/digitaltheology/covid19) and is lead author of the Grove Booklet on Hybrid Church. Formerly New Testament Tutor at Cliff College, Pete’s passion is biblically rooted research into contemporary culture. 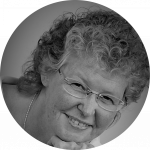 Postdigital Afterlife and the Spiritual Realm – Maggi Savin-Baden
Abstract:
Digital afterlife has moved beyond digital memorialisation towards a desire to preserve oneself after death. Preserving oneself or being preserved by someone else may affect both the dying person’s peace of mind and the well-being of the bereaved. Yet it is not clear whether the possibility of digital immortality and the use of digital media alters thoughts about the mind-body connection, and whether interaction with a digital immortal alters one’s spiritual journey through grief. Afterlife and resurrection remain troublesome because they are couched in mystery and philosophical and theological discourse cannot explain resurrection of the body, because the human body itself is not reducible to simple description or ready comprehension.

This talk draws on research that examined how digital media and the creation of digital immortals may be affecting religious understandings of death and the afterlife with a religious context. The objectives were to:

Understand the impact of digital media on those living and those working with the bereaved: clergy, lay readers, and experts in digital media
Promote discussion about digital memorialisation post death
Understand the impact digital immortality may have on conceptions and theologies of death
The findings to date suggest that relatively few Christians and experts in digital media have examined the potential for the positive impact of digital media and digital immortality creation in religious contexts. The sense of investment in flesh (through the Incarnation) results in a perception that what happens in the digital context is disembodied and therefore less real, Gooder’s (2016) work on the Body sees resurrection as a continuation of this life, prioritizing a resurrection of the material body, and is therefore committed to the flesh of this life carrying over in the resurrected life. One of the central difficulties is that Christianity and other faiths find digital afterlife creation disconcertingly disembodied and it is not clear whether it promotes particular views about bodily forms in the afterlife. The talk concludes by suggesting that digital afterlife creation may prevent us from being free to die but that it may also introduce questions about how ‘the dead’ might be classified.

Bio:
Maggi Savin-Baden is Professor of Higher Education Research at University of Worcester and has a strong publication record of over 50 research publications and 19 books. She is a licensed lay reader having studied at St John’s Nottingham and Ripon College Cuddesdon, and she is a member of the Church of England Networked Learning Committee. In her spare time, she bakes, runs, rock climbs and attempt triathlons.